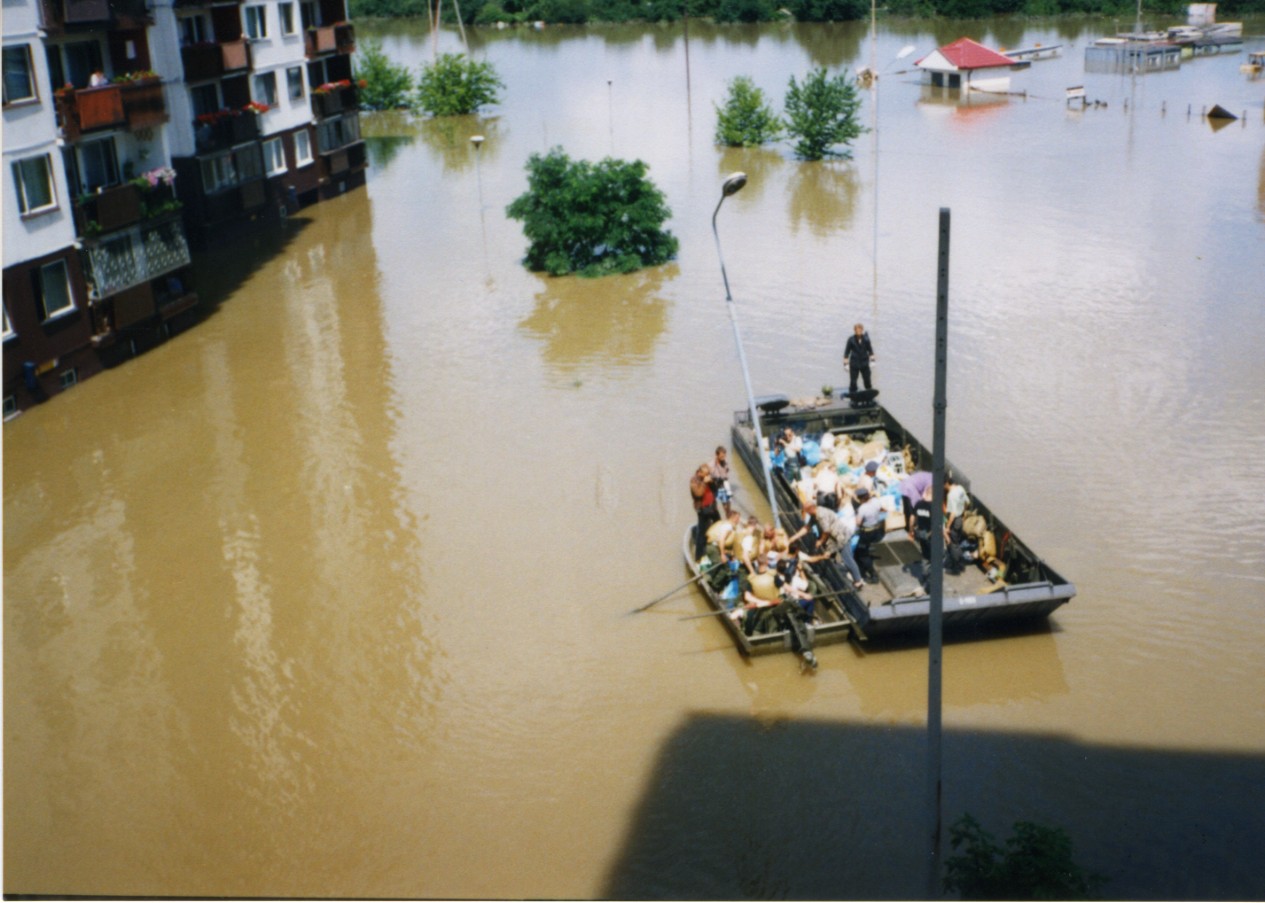 It was the first, or perhaps the second, day of that flood*. Ewa and me went for a walk. We already knew about the big water, about the flooding of Opole, Brzeg and Oława. Wrocław was soon to follow. Whoever had any property around the floodplain was trying to save it. Much of that effort was haphazard. I am a map collector; I collect maps, study them and remember a thing or two. And I knew that Wrocław seemed a very even city but wasn’t so in the least. And as for the areas designated as the floodplain, they’re good for growing flowers, but you mustn’t erect any buildings there. But back to the walk.

Ewa and me headed to the viaduct over Krakowska St. Plenty of cars had been parked there in hopes that the water wouldn’t wash them away. And it didn’t because, after all, the wave didn’t surge as high as ten or twelve metres. But you couldn’t go much further than the viaduct because the flyover was overcome with water. We reached a certain point where we saw firefighter squads on a reconnaissance patrol in the area. Here and there they helped people out of garden houses because not everyone had managed to escape in time. The allotments were so badly flooded that those houses stood in water up to the roofs. Some were not to be seen at all. But you could see the trees, the branches only, actually just the tree tops. A boat-car passed by us with a guy showing where an intervention was needed. He pointed at the top of a garden house with a skylight fixed tight. They drove up there, broke the window pane, and a kitten jumped out, up on the roof. It must have stayed there somehow, but I’ve no idea how it held on to that structure. Anyway, it jumped out on the roof, then up onto a tree and down into the boat. It sprang off the boat, darted in among people and off it dashed. In this way the tree saved the kitten.