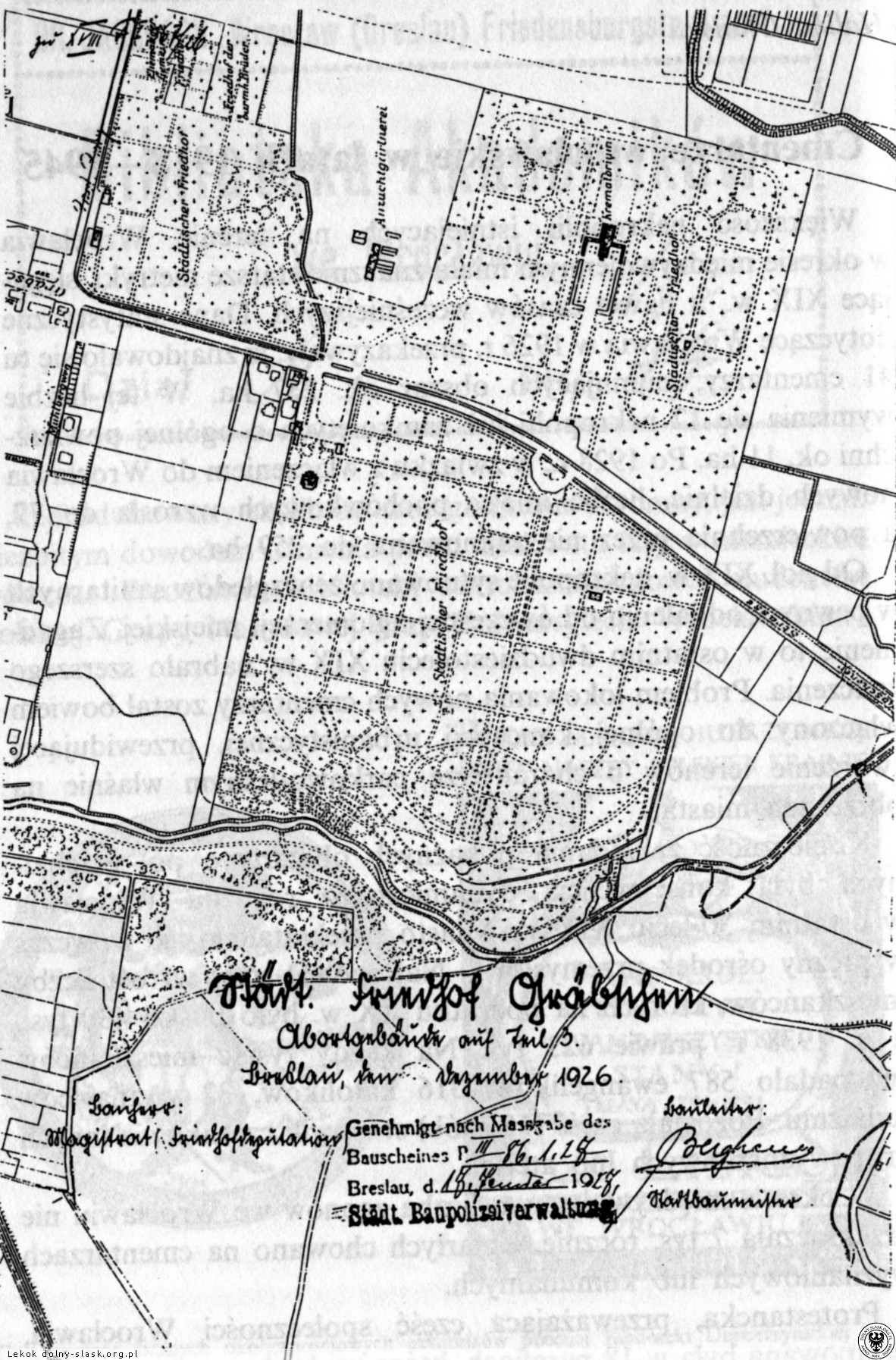 A park, that is a graveyard

My life is connected not so much with particular trees as with certain places in parks. The Grabiszyn Cemetery was being redeveloped in 1966 or 1967. The cemetery had been laid down by Germans, and it was a beautiful, truly beautiful cemetery. Lots of fine tombstones. But rather than transferred, the tombstones were completely razed. I remember those gorgeous tomb-chapels, the slabs pulled aside and people rummaging for gold. Crowds of people, indeed. Kids didn’t even mind that it was a graveyard. It was just a playground for them. Crazy things went on around those graves. Boys horsed around, getting skulls out of the graves and throwing them into our satchels at school. There was plenty of running going on across the cemetery among the trees. The cemetery was redeveloped as a park.

When my kids were still in prams, I would take them for walks in that park. There is the Cemetery of Italian Soldier there, near the tram terminus. And there’s a bench surrounded with thujas nearby. You took a book with you and could pore over it comfortably for a while. When the kids were bigger, they chased me all over the park and played at spying me. I loved that game because I simply walked along, and they just followed me neatly as they were spying on me after all, without running away on me. Now I live in Traugutt St., and when we went over there a while ago, the park seemed so small to us. For back then you strolled across it with kids for hours on end, and now you walk on ten minutes and you’re out of it. The children recall what exquisite fun it was to play there – the mound, the places where we gathered nuts or chestnuts. And those trees were still the old cemetery trees.