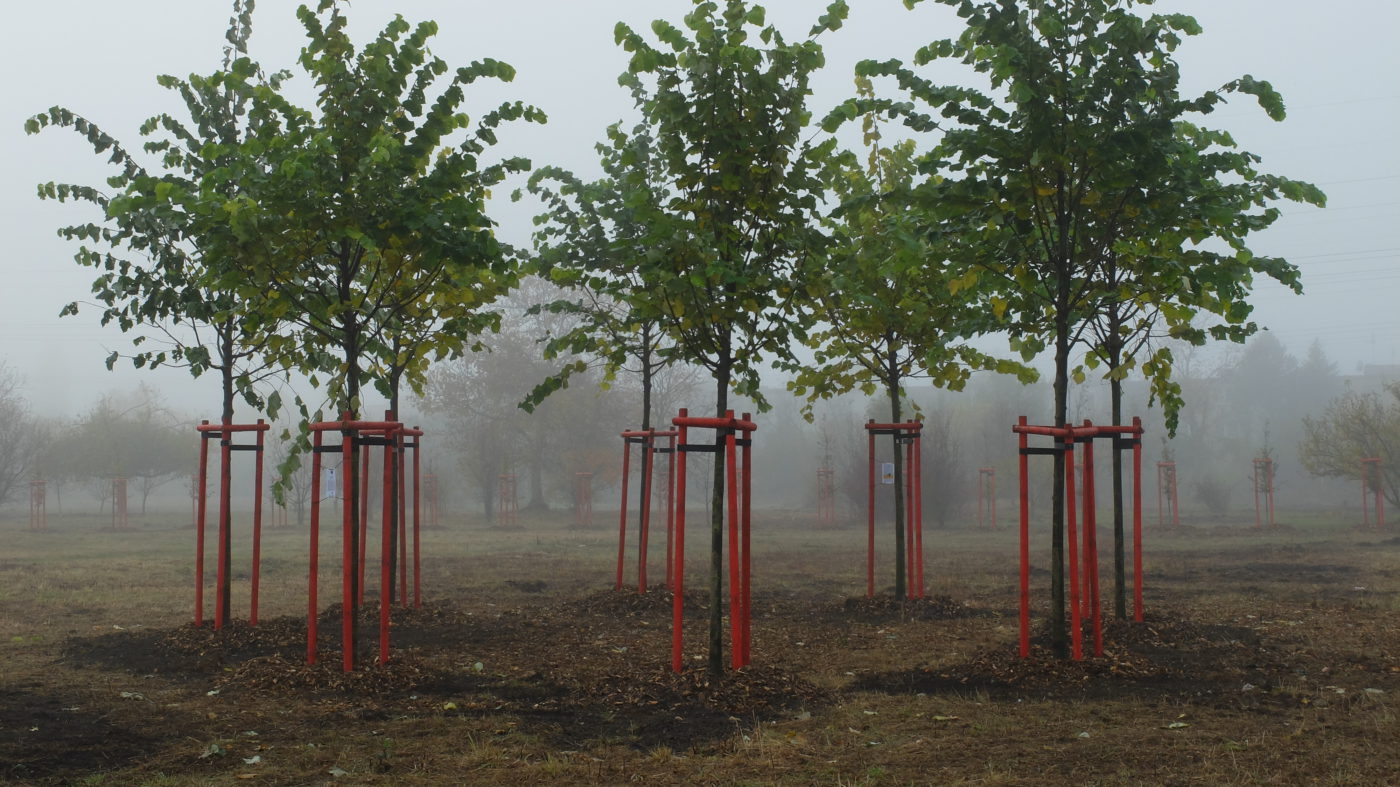 In 2015, we inaugurated the Professors’ Clearing in the part of the Oporów borough which is called the Academic Grove. I applied for the funding to the National Fund via the Ecocentre. The point of it was to set up a memorial in honour of Oporów-based professors who had come here in 1945. The idea was to commemorate them with trees, instead of with a stone monument. When we started counting those professors, it turned out there were more of them than we’d expected. I ordered seventy hornbeams. Suddenly, families of those professors started to come forward, and because it was the 70th Anniversary of Polish Science in Wrocław, seventy hornbeams were planted.

Why hornbeams exactly? Because hornbeams boast straight trunks and hard wood and, consequently, bring to mind people of lofty ideals, ambition and perseverance. The hornbeam is also a kind of a healing tree; it acts like a physician in its environment. So hornbeams reflected the characters of those people who arrived here and were able to survive through the years of adversity, people of outstanding tenacity who had faith that things could be accomplished here. There were already oaks and apple trees in the Clearing, so we also planted lindens to add to them – eight lindens for the eight disciplines of knowledge. In the future, the lindens will knot up with one another, creating an inner enclosure in the middle. So the Clearing has now the oak, a sturdy symbol of Wrocław, and the linden, a female symbol, a symbol of knowledge. People wondered why knowledge should be symbolised by the linden. Was it because knowledge is sham*? The linden is a useful tree, and it attracts bees. The tree is very friendly and, just like the oak, it is a sacred tree. The apple tree, for its part, is a tree of life. The Tree of Paradise. Similarly to other trees, it carries a symbolism of its own. People liked it very much. We provided plates explaining the symbolism of those trees (and it often dated back to the Old Slavonic past), and everybody was eager to come up and read about it. I believe that this helps recognise the trees later; you remember them better.

Just after the war, when the pioneers were arriving to settle here, the city centre was in ruins. Two enclaves came into being. One of them was the area of Sępolno and Zalesie while the other was exactly Oporów, which was not yet within the city limits back then, only bordered with it. There was a relatively big residential estate untouched by the war there, and many professors made it their home. There was also an academic guard service that escorted the professors back home in the evening. The times were still very dangerous. If in those early post-war years over seventy professors lived in the neighbourhood, and with their families, too, you can only imagine what a sizeable community of people who knew each other had formed there. They’d come mainly from Lviv though some of them had arrived from Cracow, too. In the earliest period there were also professors from Warsaw among them. The capital was in ruins, and until things got organised anew, people, particularly young assistant professors, sought a place for themselves in Wrocław. They headed back home rather soon, but some stayed over anyhow. In Oporów, streets are now named after the professors who used to live there.

As mentioned, in 2015 a beautiful ceremony took place as the families of those professors met up to plant the trees together. They would go: “And my grandpa moved here; he was a pioneer. I also work at the University and am already a third academic generation in my family.” It was deeply moving. People asked us to organise meetings over there every year. It isn’t easy, but it has anyway integrated the community anew. These meetings by the trees are trips down memory lane: “And remember when we would come over here?”, “There was somebody making some compotes…” One of the professors had his favourite irises and grew them in his backyard garden. Lots of memories about people who lived there.

After planting the trees, we made posts and painted them red. So even though the trees are still small, the whole Clearing is well visible. People wrote things on them, for example: “This is my grandpa’s tree.” I kind of opposed that fearing that if the tree withered down, the person would be pained. I preferred them to think of the entire Clearing as a memorial to their grandpa. It was nice when they later called and offered to bring some fertiliser or asked what they could do to help. It’s all about being emotionally attached to the trees. People come over, do some weeding, feel responsible and want to look after the place. It works so well.

*An untranslatable play on words based on the similarity of the Polish terms for the linden – “lipa” – and sham –“lipny.”