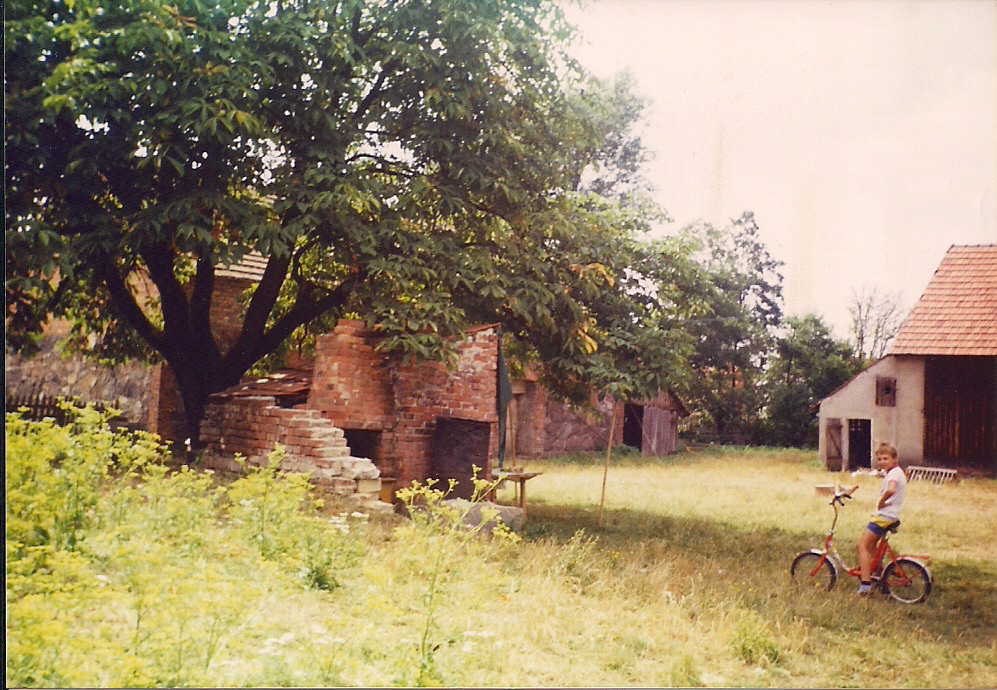 This is my childhood memory. I think it was in the 60’s. I live in Wrocław now, but I was born in the countryside around Wrocław, in the village of Pełczyn near Wołów. I remember a chestnut tree in the backyard of our house, and, next to it, another, far bigger one. And that chestnut tree stood in our way when we went to the garden. That’s how it was planted – right on the path to the garden. Father decided to get rid of it. It was difficult to dig it out because it was pretty tall; it had expanded and branched off. So Dad arranged for some horse to pull out the tree. When the roots started to come out, we saw a trunk underneath. It had plenty of china and a whole set of cutlery inside. The trunk was quite seriously corroded. I suspect that it had been there since the war, that the fleeing Germans had hidden their valuables in it. They’d marked the spot by planting a chestnut tree there. We all wished we’d known the trunk was there because it could have been dug out this or that way without crushing that china. As the things went, however, only some cups remained, I remember it from childhood, and one jug. You can see it at DAES*; it has a blue ornamental pattern on it. I didn’t know about china manufacturers, and I didn’t pay attention to it.

Years later, a German woman came over to our house and said she’d lived there. But none of us spoke German, so we could not really communicate. I fetched that jug and said that it had been in that dug-up treasure trunk. There was no wild reaction of recognition, but she took the jug as a souvenir.

this plant does not exist any more