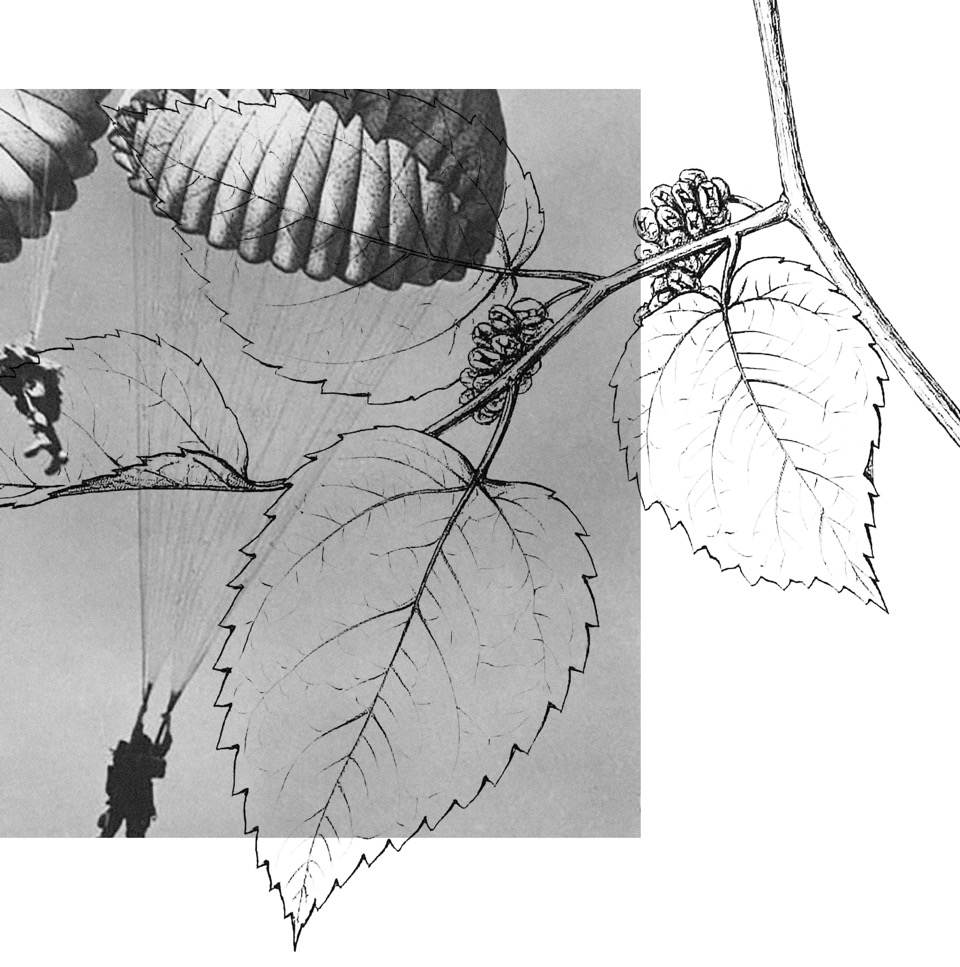 I first came to Wrocław in connection with the GRÜN | ZIELONY project. I didn’t know either the city or its plant-life. During the study visits, my attention was caught by mulberries. There are lots of old specimens of this plant in Wrocław; there is also Morwowa [Mulberry] Street, a Mulberry House in the Market Square (no 54) and Mulberry Allotment Gardens (in Sułowska St.). Because mulberry leaves are the only food that the larvae of silkworms will eat, mulberry trees were grown wherever silk industry was developed. Silk served not only to manufacture clothes, but also, due to its properties (being light and, at the same time, strong), to produce parachutes, which were used during the Second World War. Silk industry wasn’t, however, the sole domain of Germany. It was successfully developed also in Poland, which is why smaller and bigger clusters of mulberries are scattered across the entire country.