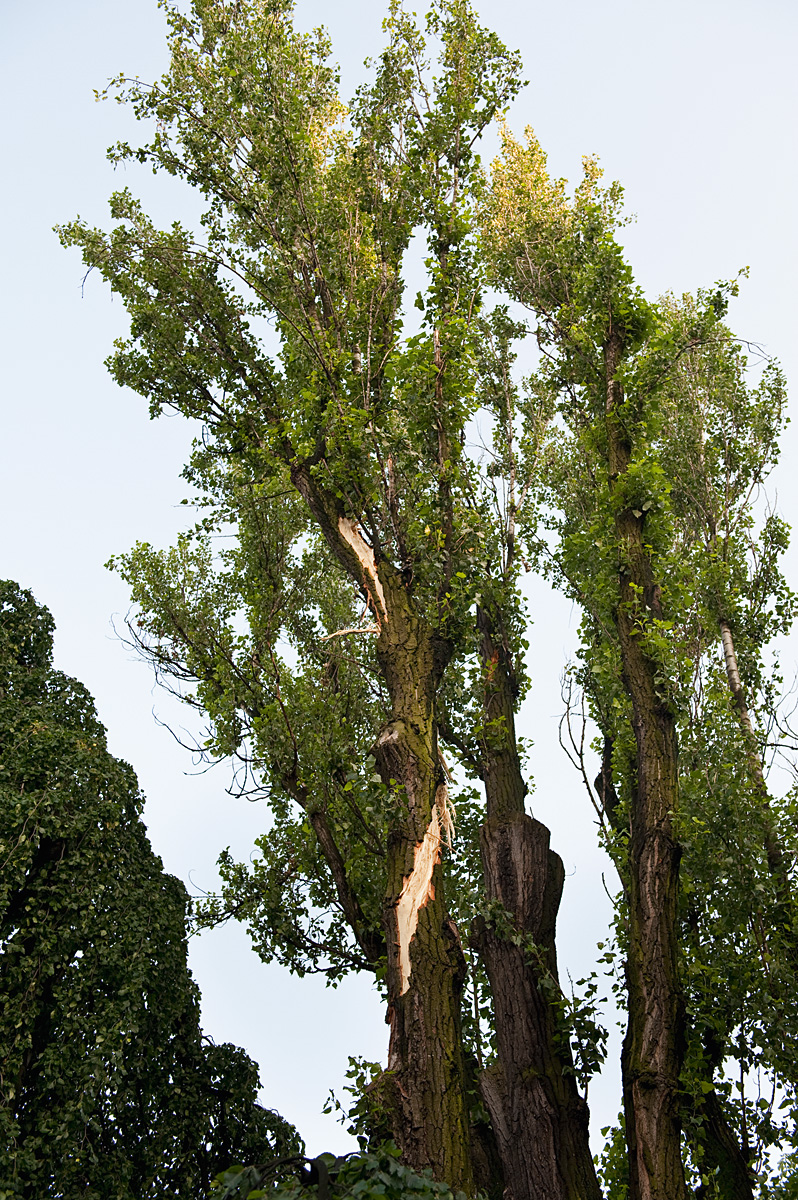 In the long history of the SURVIVAL Art Review, one opening – specifically, the opening of the Review’s 9th edition in Wrocław’s Tołpa Park – stands out as particularly “boisterous.” All the commotion was due to the vagaries of the weather and a certain tree – an imposing poplar which stole the show from the Review’s artists and curators to become to protagonist of a particularly tempestuous performance.

This is how the events were described in the Review’s catalogue published in 2011:

“On the day when SURVIVAL 8 was opened, at 6:30 pm., a ferocious storm broke out above the park. Both accidental passers-by and guests invited to the vernissage crowded in the festival tent, looking for shelter. Suddenly, a thunderous noise was heard through the rain – a nearby poplar was hit by a lightning, and the tent was filled with the smell of burning wood. When the storm subsided, everybody could see for themselves the scale of destruction. The top of the poplar had been splintered, and a spiral rift in the bark was shining with the light core. Scattered on the earth was a composition of splinters, fragments of bark and broken branches.”